Fort Knox Self Storage have been supporting Melbourne City Mission for the past four years, they are a likeminded company that share the same philosophy as us, especially being a family owned company. We have been a primary sponsor of their sleep at the G event which raises money for youth homelessness and this year we had the honour of working with them on the Melbourne City Mission Gala Ball.

The Melbourne City Mission hosts a Gala Ball for people with disabilities, family, friends and/or carers in the celebration and launch of their Kick Start Your Dream fund. Fort Knox was honoured to sponsor four tickets to the ball which enabled four of their clients to attend. The Gala Ball is part of the Melbourne City Mission broader Fashioning Futures campaign that raises awareness around the unlimited potential of all disabilities.

Guests joined internationally renowned global fashion superstar Madeline Stuart who is the first professional adult model with Down Syndrome in the world. Together they enjoyed a two-course dinner and evening entertainment. It was a successful event where everyone shared a night of fun, laughs and dancing. Fort Knox was honoured to directly support the attendance of MCM clients like Tom, a young gentleman in his mid 20’s with an acquired brain injury and Daniel who won the King of the Ball on the evening. Alongside Tom and Daniel Fort Knox were also able to support their carers to attend the ball and join in on the fun. 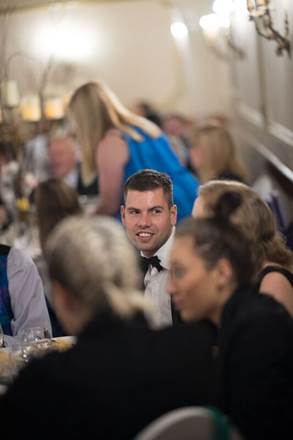 As a family owned company Fort Knox is privileged to have the opportunity to help others such as Tom and Daniel and offer support within the community. Self Storage Association of Australasia Conference 2016